A concept my students tend to struggle with is variables.  They can define independent variable, dependent variable, and controlled variable just fine.  But they have a really hard time identifying each type of variable in a question, hypothesis, or scenario.

As a result, we work on variables all year.  Every investigation we do that is experimental in nature has a small section devoted to identifying the variables.

Like many science teachers, I start the year with a unit on science skills.  I don't spend a super long on it; I prefer to jump into content and reinforce skills and practices as we go along.  However, I have found it worth the time to review the basics of data collection and experimental design early in the year.

I have several tools and lessons to help practice identifying variables: 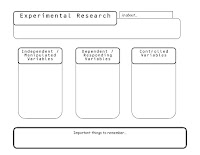 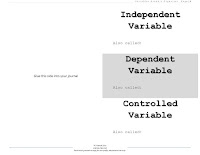 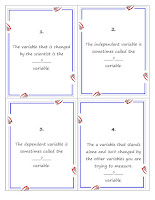 And lots of labs and review presentations - 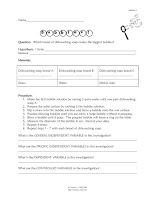 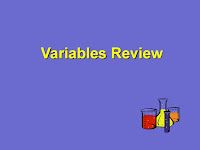 One very quick lab I do is to have my students measure the length of a rubber band as it is stretched by an increasing number of washers.  I do this after we have practiced variables several times.  It is my lead-in activity to making correct graphs. 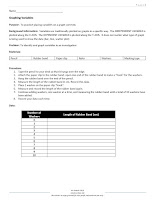 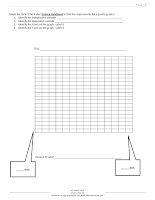 To help the kids remember which variable is which, and where they are plotted on a graph, I have them hold their left hands up in front them, thumb extended.  I tell them the thumb represents the independent variable, it stands alone - there is only one.  The fingers represent the dependent variable.  They depend on the thumb (your fingers need the thumb to make the hand work efficiently) and there are more than one because we record the dependent variable (data) several times. 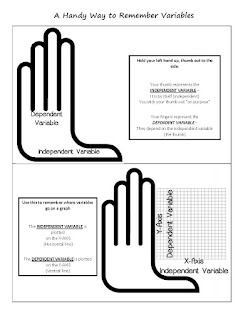 Just to make sure that the correct axes are always on their minds, I used sticky letters and did this on my board. 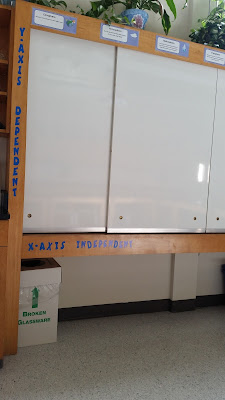 I put this on the other side, just because. 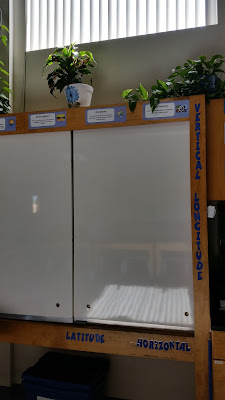 Email ThisBlogThis!Share to TwitterShare to FacebookShare to Pinterest
Labels: variable